Straighten your hairline with a hair transplant

Whether you want to fix the hairline to get more density in the temples or a slightly tighter hairline, we’re here for you.

We always offer free consultations to those who want to have their hair examined or see which treatment is best for them.

Why should you have a hair transplant with us?

A hairlaine that suits you

Many people who come to us want a hair transplant to fix their hairline. Most people want to smooth out their hairline by filling in the temples and others want a generally tighter hairline.

A hair transplant makes it easy to even out your hairline. You can also treat hair losswith PRP.

We have many men who come to us to straighten their hairline when they start to get higher temples. However, it is just as common to have a high hairline as a woman and to want to lower it.

A high hairline affects a large part of the population, especially men. Statistically, two thirds of men suffer from hair loss (e.g. receding hairline) at some point in their lives.

Usually, hair loss is first noticed when the temples in the hairline creep backwards, forming the higher hairline.

Women can also suffer a receding hairline. The female hairline may recede with age, but the risk is lower than for men.

Usually, however, there is an underlying genetic cause that determines the level of age-related hair loss in both sexes, although male pattern hair loss is usually more noticeable.

What causes the hairline to be higher?

Geneticsis usually considered the cause of high hairline. Many inherit a sensitivity to a hormone called dihydrotestosterone (DHT).

This sensitivity usually starts later in life and induces a shrinkage of hair follicles until they stop producing hair altogether.

Other causes of hairline breakage can range from medications, poor diet and use of the wrong hair products to stress and various illnesses.

Is a hair transplant the right option for you?

We always start with a free consultation to make sure you have what it takes to get the results you want.

Together we will discuss which treatment is best for you to achieve the desired result.

If you have temples that you want to fill in, a hair transplant is the best possible option.

Results from adjusted hair attachments at our customers 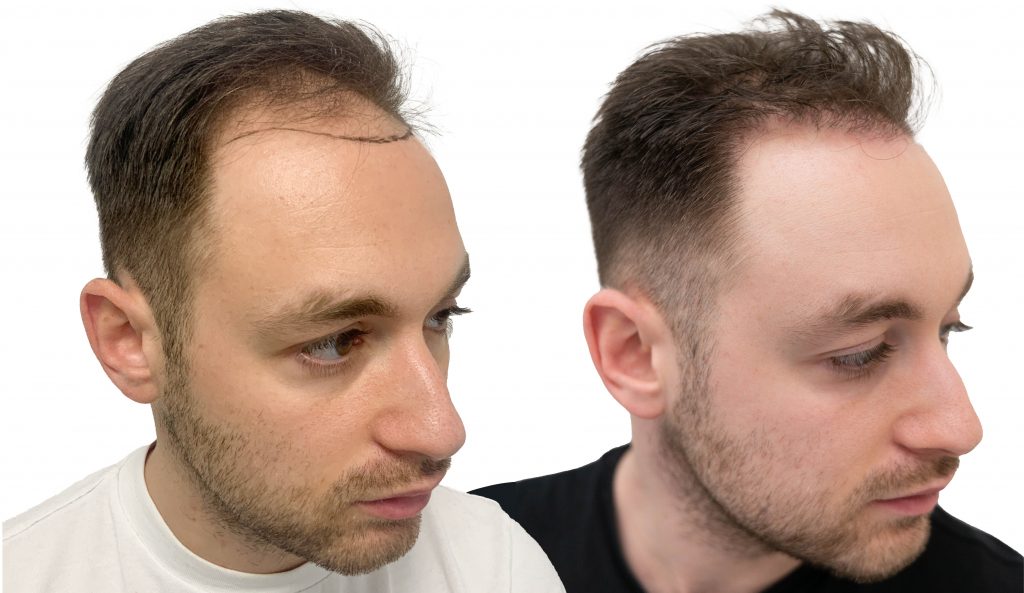 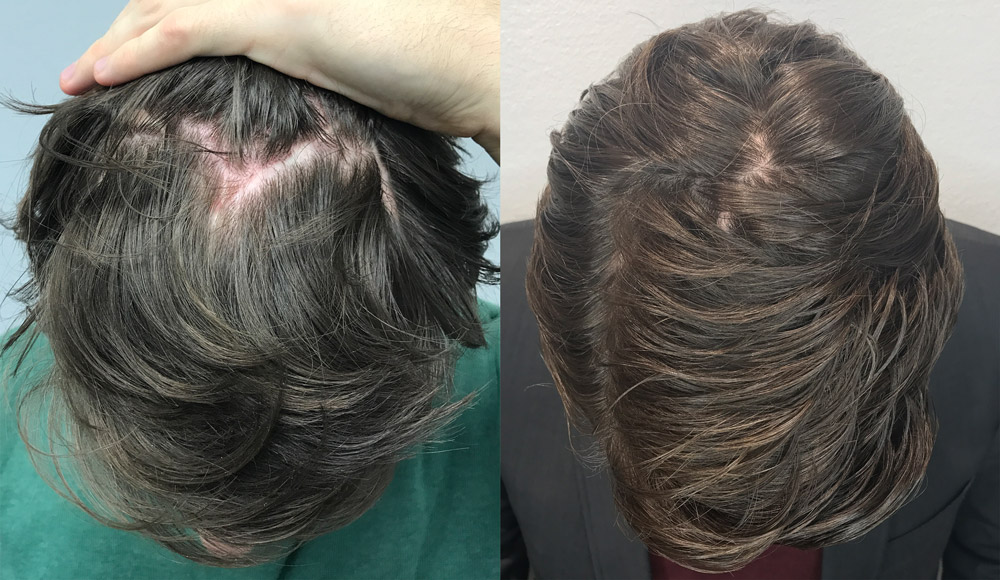 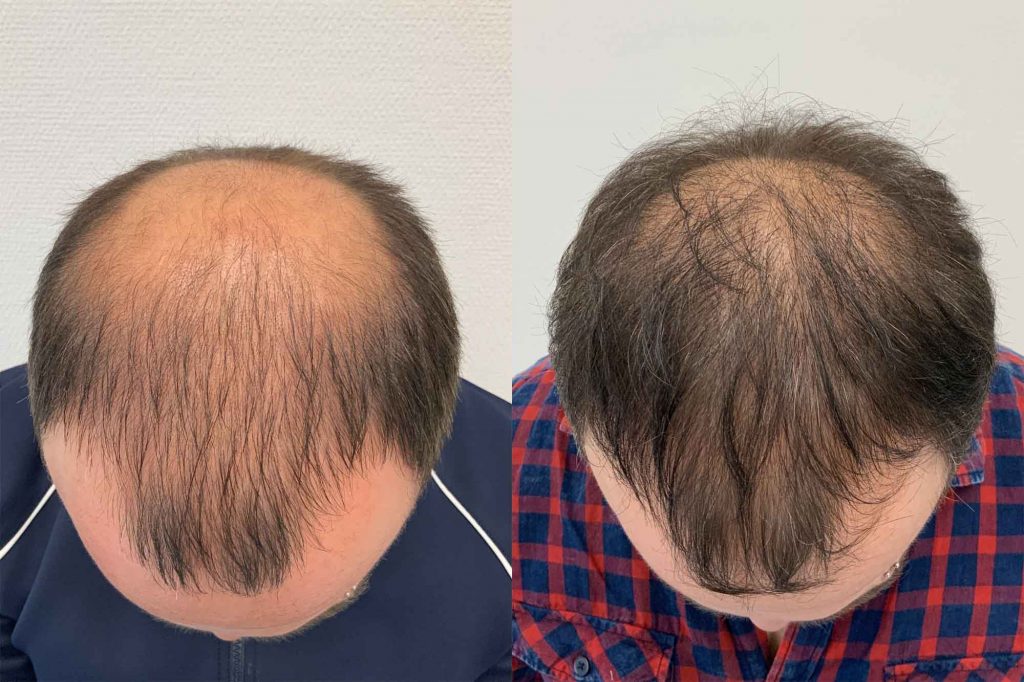 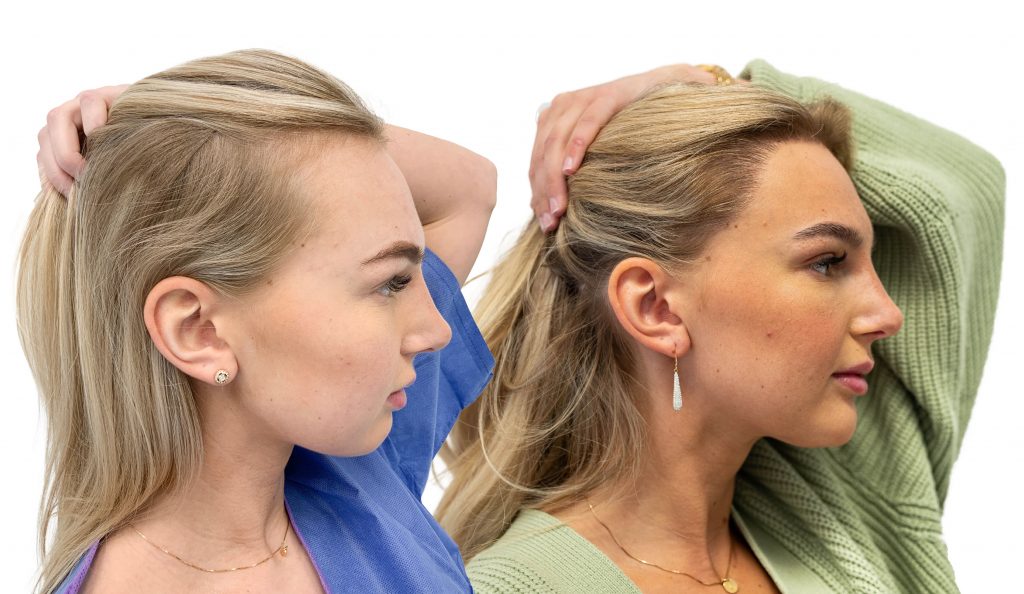 Results from adjusted hair attachments at our customers