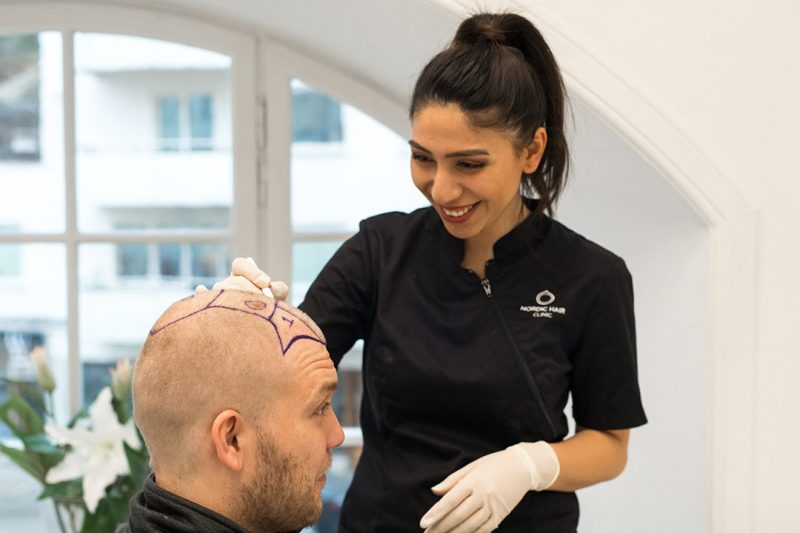 Karl comes from Gothenburg and works as a project manager. Over the past 7 years, he has seen his hair thinning. After reading up on how to treat thinning hair, he decided to have a hair transplant to get his hair back.

– For the last 7-8 years I feel that my hair loss has been escalating. Then I have looked at my ancestors and seen what is to come. It’s not like I think about this every day, but, after doing some reading, the decision came pretty quickly. I called Nordic Hair and came here for a consultation. So the decision-making process was very short, but the thoughts had been in my head for a very long time,” says Karl.

– This is something completely new. I broke a leg and an arm, but moving hair is something new. I feel anticipation mixed with excitement,” he says ahead of his hair transplant.

– What I’m most looking forward to is not having to think about losing my hair. It should be nice not to have to worry about the hairline creeping up more and more and the crown getting thinner. And maybe to run your hand through your hair and not have to feel that you have thinning hair.

The procedure was easier than expected

The biggest shock for Karl during his treatment was that he didn’t feel anything after the local anaesthetic had taken effect. However, he found the anaesthetic injections painful, but then it went away.

– A slightly unpleasant feeling was the sound that comes from the different moments, but you get used to it. Right now I feel better than I thought I would. It feels like something has happened, you’re a bit thick in the head, but otherwise it feels a lot better than I expected, says Karl.

The healing of the new hair

The first night after a hair transplant can be a bit of a struggle. You have to be very careful not to access the transplant area while you are sleeping. It can damage the healing hair follicles. We usually recommend a neck pillow to make the first night more comfortable for yourself. In Karl’s case, he slept very well the first and second night.

– I had an airplane pillow and then I curled up on the couch with some pillows. Then I fell asleep quite well. Quite carefree in fact. You were a bit tired when you got home. I also slept the same way the second night,” says Karl.

After a hair transplant, it is important to start showering the donor area and the newly transplanted area 4 days after the procedure. It keeps the area clean, but it also helps the scabs to loosen. When the scabs come off, it’s easier for the hair to start growing.

– The hardest part was not scratching yourself. You want to feel it, both out of curiosity but also because you feel that something has happened to your head. It felt a bit like wearing a Lego helmet on your head. It wasn’t hard in the sense that it made you feel bad, other than the fact that you constantly had to think about not scratching,” says Karl.

Read more about aftercare after a hair transplant 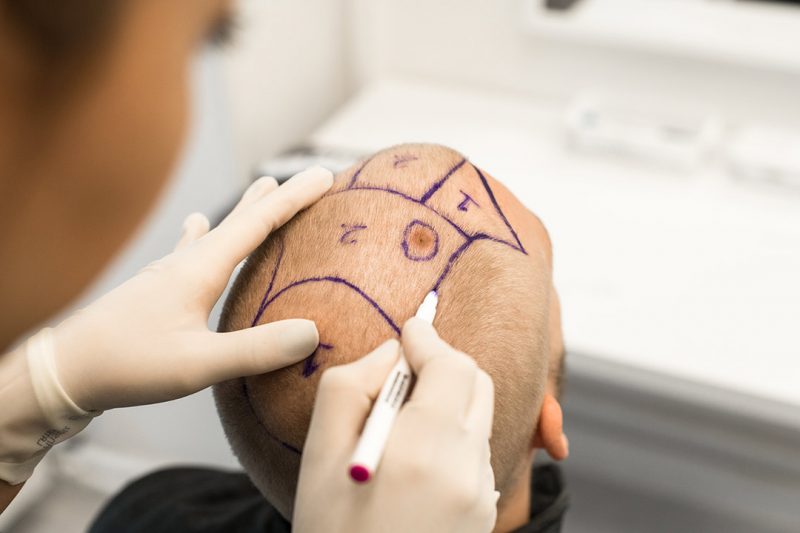 PRP did not feel as much as the anaesthetic

3 PRP treatments are included when you have a hair transplant in Sweden. Karl was nervous that it would hurt as much as the anaesthetic injections he received before his procedure, but was pleasantly surprised at how smoothly it went.

– I barely felt it. It was more of a pleasant chat with the gentleman who performed the treatment. There is no need to be afraid that it would be like the anaesthetic during the procedure. It went quickly and smoothly. I left some blood, and then I got it injected in my head,” says Karl.

Taboos around hair transplants are going away.

Even though taboos around hair transplants and male beauty are starting to loosen, it’s something many people think about. Karl’s attitude to it all is that you shouldn’t let it hold you back. If you feel that there is something that would make you happier, you should do it.

– You can’t be ashamed of anyone but yourself and I as a person just think that if you want to do something about your hair, just do it. I really don’t think anyone would judge me if I told them, which I have done to everyone. Because it would be weird if I came back to work with a calf all of a sudden. If they think less of me for that, or think I’m weird, that’s up to them and not me,” says Karl.