"It is the only permanent solution" 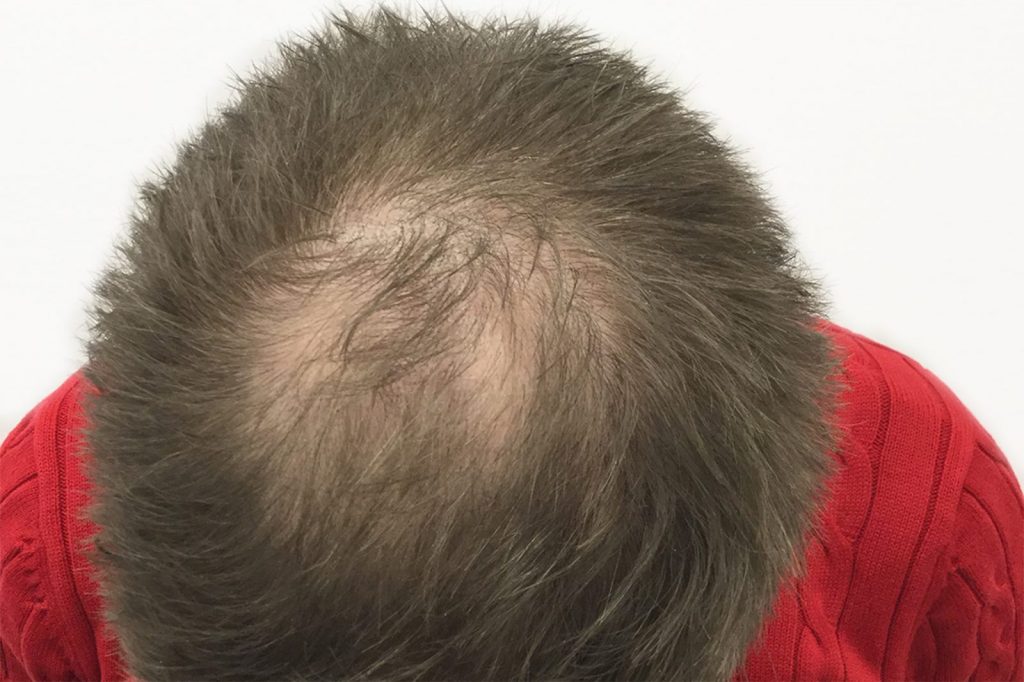 – My hair was getting thinner and thinner and I didn’t feel comfortable with it. I wanted more hair,” says Mikael.

Thinning hair is genetic in Michael’s family. So he was aware of where he would end up if he didn’t do something to slow down his hair loss. Mikael therefore started to read up and check out different treatment methods. At a clinic, he was recommended to try a laser helmet for his hair loss. Mikael turned it down because he didn’t think laser treatment would work for him and it wasn’t a permanent solution. Mikael then put hair loss treatments on the shelf.

But Mikael finally became so thin-haired that it was impossible to ignore it any longer. He then began to consider a hair transplant. – I read a lot and came to the conclusion that it is the only permanent solution that works It’s better to spend the money on that than to spend a lot of money on something that won’t last in the long run anyway,” says Mikael.

Mikael decided to have a hair transplant using the FUE method and a course of PRP treatments. As he was going to be on parental leave, he thought it would be appropriate to do the procedure then. – I wanted to have a clear head when I went back to work,” says Mikael.

How did you find Nordic Hair Clinic?
– I then started to look up where and how. I read up on the subject. After an exhaustive online search, I selected three clinics and went for consultations. After I had a consultation at Nordic Hair, the ball landed in your court. It was at Nordic Hair that I got the best feeling. I chose to do my procedure in the clinic in Stockholm and not in Istanbul. It seemed obvious to me. I felt more secure with my family close by.

How did you prepare for the procedure?
– I read everything I came across. For me, it was important to know all the possible risks of a hair transplant.

How did you feel just before your procedure?
– Before the procedure was to begin and I was to receive the anaesthetic injections, the nurse asked if I was ready. And no I still didn’t feel ready. I was hesitant to the very end. I thought a lot about what could go wrong. The method has been around for a long time, but there is not much data available to private individuals when it is not regulated by the government. I painted the hell on the wall and thought of the worst-case scenario. 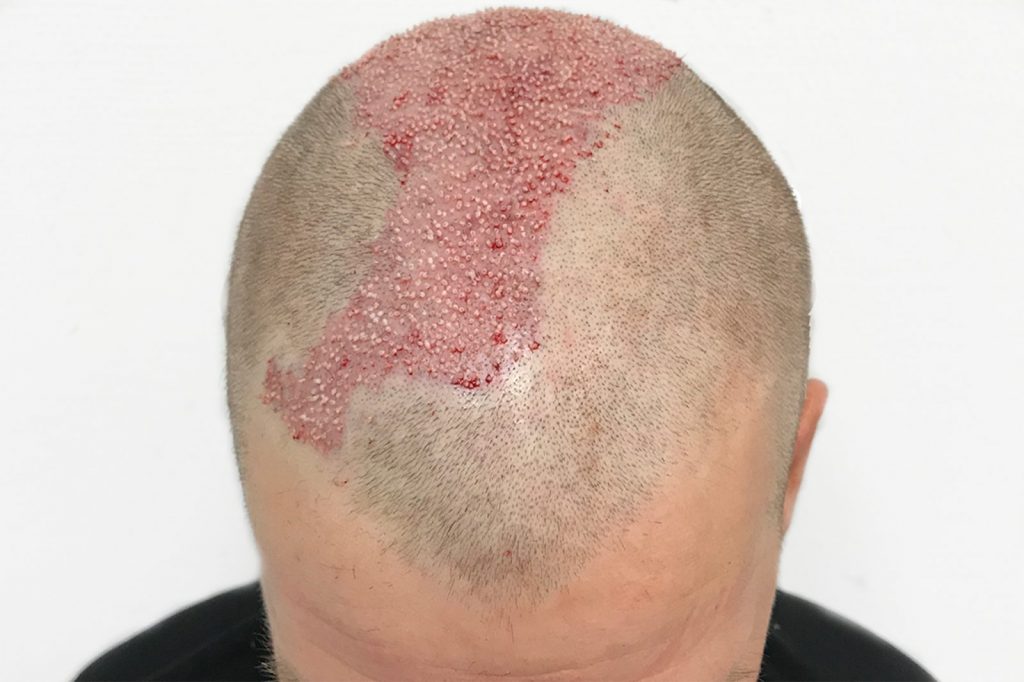 How was your procedure?
– The staff were very friendly, professional and thorough. The anaesthetic hurt. But when I was anaesthetised afterwards, I felt nothing from the procedure. I lay down and took it easy during the whole procedure. I listened to an audio book, the nurses did the rest. The procedure took just over 5 hours.

How did it feel afterwards?
– My wife came to pick me up. But I felt I could drive myself home. I didn’t feel very tired or drowsy afterwards. I felt better than I expected I would. The first nights were a bit of a struggle as I half woke up and slept as best I could. I took the safe before the unsafe so I half slept and slept the first 5 days after the procedure. I was extra careful afterwards. I really wanted to get a good result.

How was the healing period?
-The wound had some pus in it. The first week I slept with a cover on my pillow. When the crusts fell off after about a week, I started wearing a cap. The only thing that bothered me was that it itched a little. But I knew it would when it healed. For the donation area in the neck, it took three months before the hair had grown out so much that nothing could be seen after the procedure.

How do you feel now that it’s been a while?
– Everything has healed nicely and the hair has started to grow. It feels good. However, I have not received full results yet. It takes up to a year to see the final result. You have to give it time and I was aware of that already when I did the procedure.

Were you open about having a hair transplant?
– I didn’t advertise that I was going to do it. But my family and those closest to me knew about it. Most of them found out afterwards. It is my business and something I have done for my well-being. I didn’t want to hear too much of other people’s opinions before the procedure.

Did you get a lot of questions after the procedure?
– I have received some questions. I am happy to answer as I want to help others who are thinking of having a hair transplant. It is still taboo for some with this type of intervention and I want to reduce taboos.

What advice do you have for others who are considering a hair transplant?
– Read up on it and think it through. It’s a big cost. Think about how you want to advertise the fact that you have had an intervention in front of others. The healing period is long and it takes time to get a finished result. You have to take all the parameters into account, and be aware of them before you intervene. You can’t do an procedure and expect a perfect haircut after just a few months later.

– Hair has its cycles and it has to heal, and you have to keep that in mind. I thought it was worth it. I don’t want to be thin-haired. It feels better to have hair on your head. I feel more satisfied with my appearance now, says Mikael. 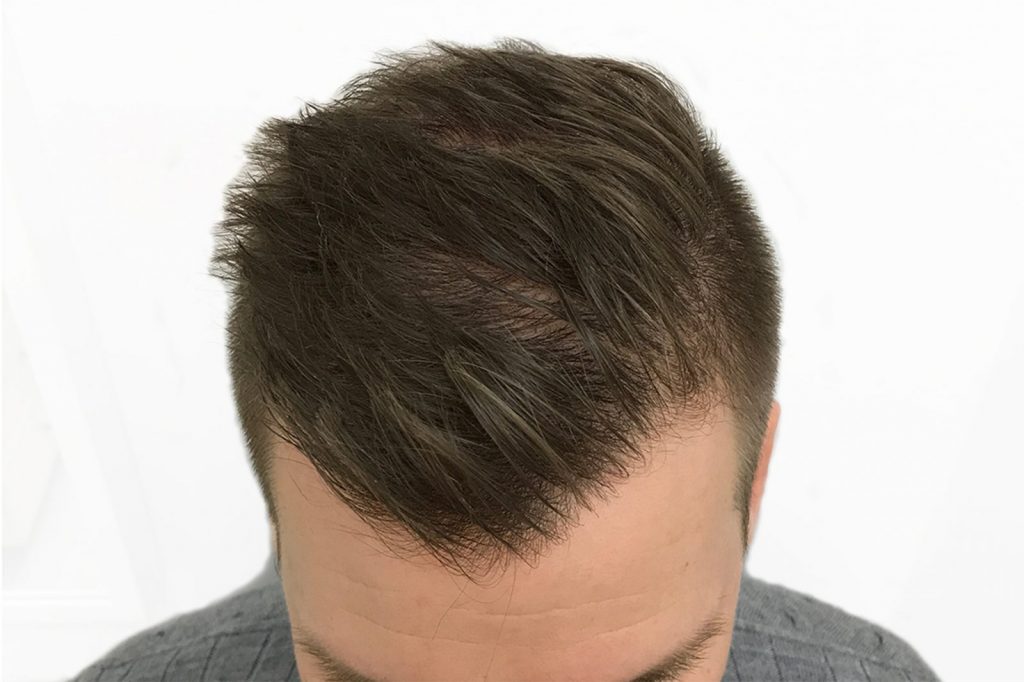