"When I saw the results on two of my friends, there was no doubt anymore" 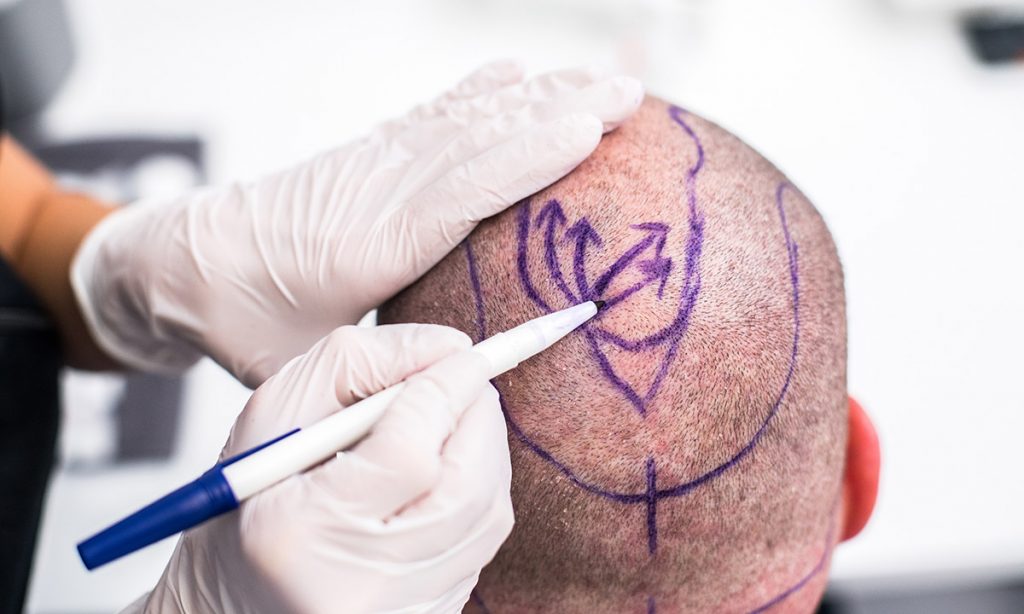 Benjamin Andrée went on recommendations from his friends when he came to Nordic Hair Clinic for his hair transplant. In previous years, he had doubted whether a hair transplant was for him.

When he saw the natural results on two of his friends who had had their hair transplants at the Nordic Hair Clinic, he made an appointment himself.

Consultation and drawing of the hairline

When we drew out Benjamin’s new hairline, he said he wanted to lower his hairline slightly, but we advised him against it.

If you want to lower your hairline while filling in a larger area, the result will be sparser based on the number of grafts you can take from the donation area.

In addition, the patient’s muscle attachment must be considered so that the hairline does not move unnaturally when the muscles are used in the forehead. We judged that Benjamin’s results would be better if we did not lower the hairline. 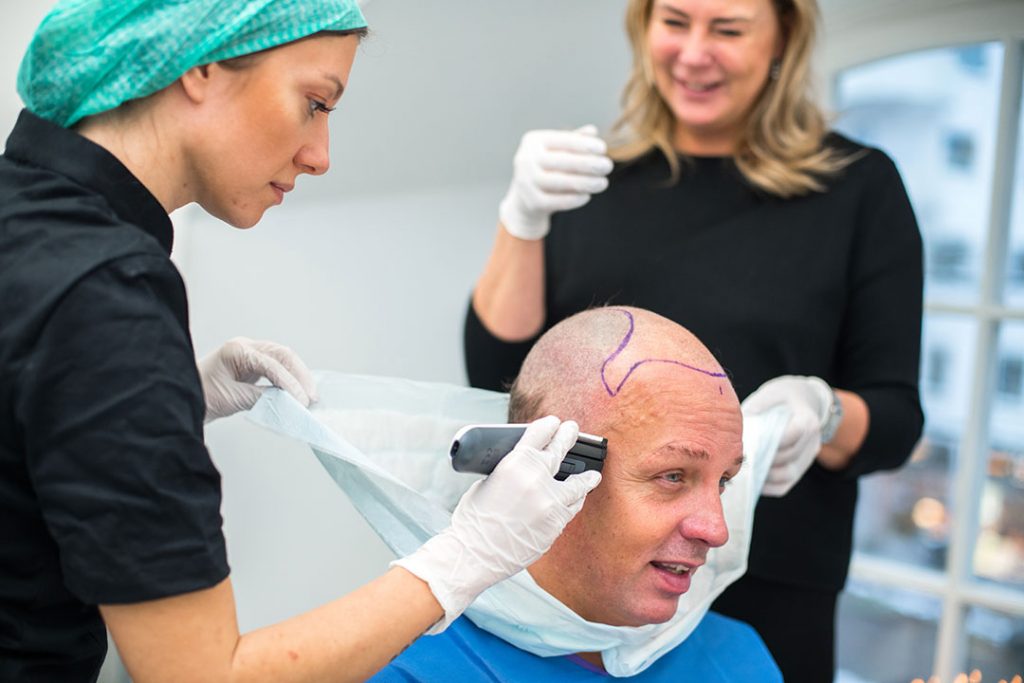 Are you interested in how a hair transplant actually works? In this video you can follow Benjamin’s entire hair transplant of 3,500 grafts. The procedure took a total of 8 hours.

If you want to know more about what Benjamin himself thought of his hair transplant and how his decision-making process went, you can read about it in his customer story below. 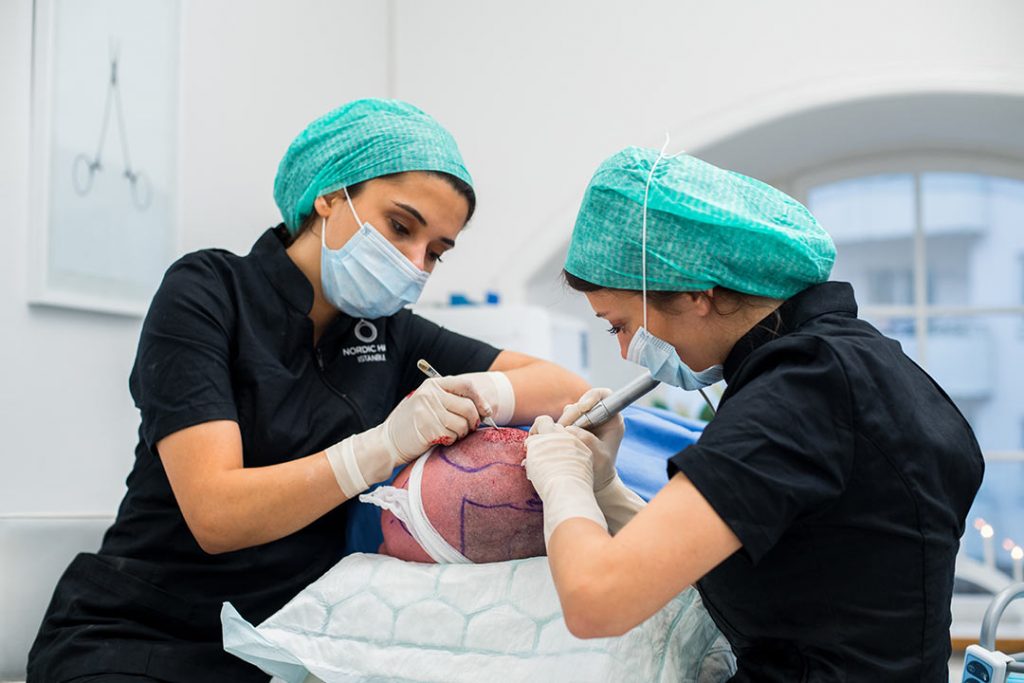